How do you know when you are done? 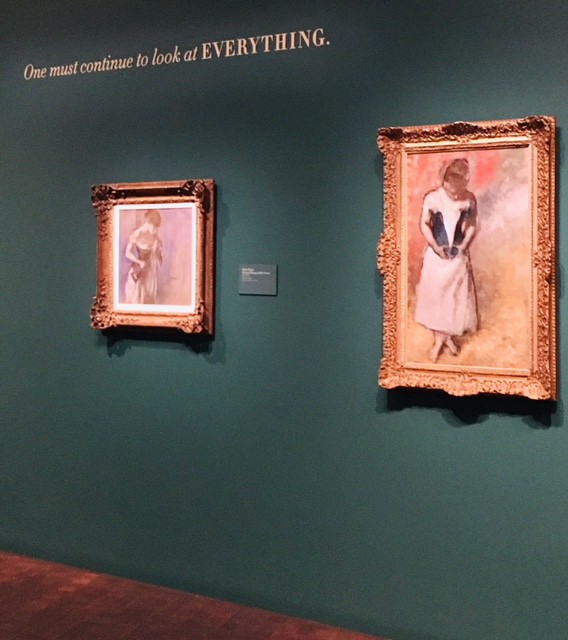 I went to see a Degas exhibit at the Denver Art Museum over the weekend, and I was struck by what an out of the box artist he was.

He blurred the lines between figure drawing and painting. He took the best of both worlds and combined them into something revolutionary.

Degas was known as the father of impressionism but he preferred to call himself a realist, because his was capturing life as it happened. The bather. The ironer. The ballerina tying her shoe. The horse in mid-stride. Degas was not interested in stopping reality and fixing a moment in time. He was interested in the constant unfolding, the dissolving, the fleshing out, the sculpting away.

He worked in a variety of media — pastel, oils, graphite, charcoal, clay, wax. He painted with brushes, crayons, pencils, his fingers. He was fascinated by movement, and he was not afraid to make mistakes. In fact, for Degas, there were no mistakes. Just observations, followed by new observations, that were replaced by newer observations.

“One must continue to look at EVERYTHING.” ~Degas

In many of his paintings, you can see areas that he reworked again and again. He included his do-overs and refinements as part of the art. The arm here, then up a few inches, the elbow bent, then extended. Details become focal points. A congregation of colors becomes a smiling face when you move away from the canvas.

For Degas, perspective was everything. He never tired of drawing the same subject, because each time he approached the subject, he saw it in a new way. Degas approached art the way the 5th century BC Greek philosopher Heraclitus approached a river (he said you can never step into the same river twice.)

Degas believed that the process of creating was neverending and always unfolding and that’s what interested him. He made many sculptures in his lifetime, and none of them was cast in bronze until after his death because Degas firmly believed that to cast something in bronze was to limit the potential for what it could become.

The same is true of the brain. It is always reshaping itself, getting new ideas, and new inspirations. Each of those thought forms is like a line laid down on a canvas. The more we retrace that line, the darker it becomes.

We are always molding new thoughtforms on the conscious and subconscious levels, whether or not we are aware that we are doing this. Our thoughtforms become the hands that invisibly shape our lives. The beauty of neuroplasticity is that our beliefs our not fixed, as once was thought. Neuroplasticity tells us that it is possible to change our mental patterns. We can keep refining them our whole lives if we choose to.

Reworking a neural path, dissolving an old one, or creating a new one takes deliberate focus, intention and action. Your beliefs, habits and actions are simply following the paths you’ve laid down. If you want to experience a different result, create a different armature.

Give yourself permission to capture yourself in motion, instead of seeing yourself as solid and unchanging. You can’t move if you’re cast in bronze. Better to remain soft as clay and wax so that you can shapeshift.

If you are serious about turning your own life into a masterpiece, you’ll want to spend time playing with the clay of your subconscious mind.

If you keep painting the same picture over and over again in the exact same way you have always painted it, you are just cloning that same version of yourself. If you want to create something new in your life — more money or a different way of making money, more ease, more freedom, more confidence, more playfulness, more belief in yourself, whatever you desire — you can.

You’ll want to roll up your sleeves and start looking at your life from different perspectives.

Ask yourself: Where is the light?

Where are the shadows?

Where do I want to redraw some lines so that I capture more movement and flow?

What in this picture am I not seeing?

What else is wanting my attention? 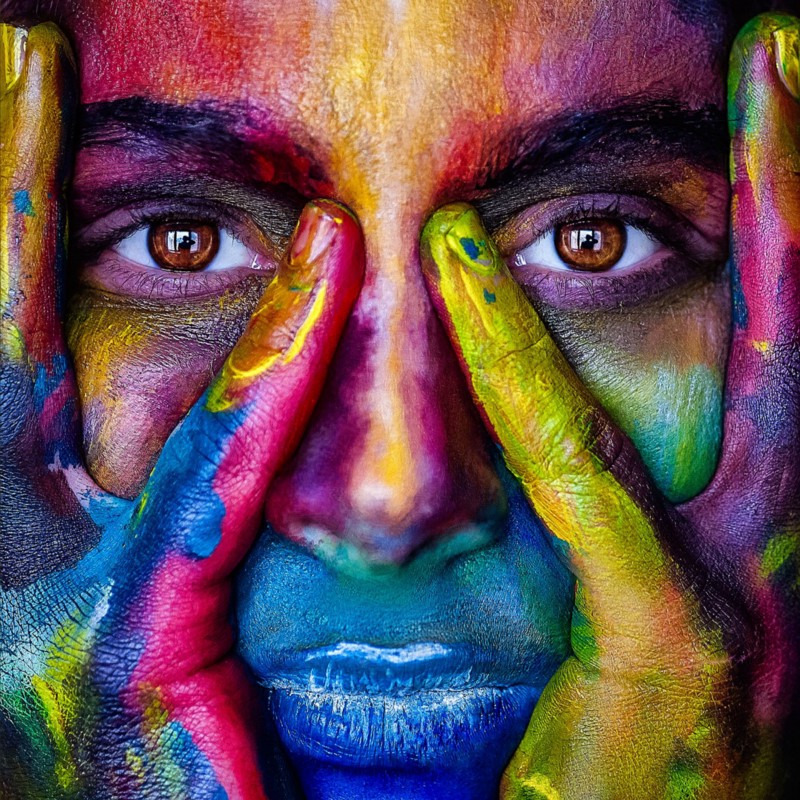 Treating your life like art takes guts, and it takes commitment. It takes willingness to make it up as you go along. To bend the rules, even create some new ones.

Would you like some more creative ways to mold the clay of your mind?

Download your FREE COPY of my comprehensive eBook: BEST BRAIN HACKS and start creating the masterpiece you want your life to be. Go ahead. Color outside the lines.

Learn how to tap into greater ease, abundance and freedom (without working harder or selling your soul).